The winners of The Structural Awards 2013 were announced on 15 November, during a ceremony held at the Brewery in London. The Awards, organised each year by The Institution of Structural Engineers, celebrate the world’s most talented structural designers and their indispensable contribution to the built environment.

President of The Institution of Structural Engineers, Y.K. Cheng said:

“The Institution of Structural Engineers holds The Structural Awards each year to showcase the challenging environments in which engineers work and the complex structures they help to raise.

“The aim is to recognise the range of skills that characterise our global profession, raise awareness among the general public, and encourage young people into structural engineering careers.

“This year we have once again enjoyed a high standard of innovative entries and I congratulate all our winners on their achievements.”

Taizhou Bridge over the Yangtse River in Jiangsu Province, China, has been presented with The Supreme Award for Structural Engineering Excellence, as well as the Award for Highway or Railway Bridge Structures. The bridge, designed by Jiangsu Provincial Communications Planning and Design Institute alongside AECOM Asia Company Ltd, is the world’s first long-span, three-tower suspension bridge. The Awards judges said:

“This enormous project was an extraordinary achievement, which pushed the frontiers of suspension bridge technology to new heights.

Award for Arts or Entertainment Structures: Gardens by the Bay, Singapore

Gardens by the Bay is an important attraction on the water’s edge of Singapore. The gardens include two magnificent cooled conservatories, a small forest of “super-trees” and an aerial walkway, all of which exemplify innovative structural engineering.

The judges commented that:

“The engineers clearly applied innovative thinking to achieve a series of structures that are original and visually striking. This is a project full of ideas and truly sustainable achievements.”

At 234m and 194m tall, linked together by a 15 storey cantilevered “overhang” and a 10 storey podium, compounded by the location within a highly seismic area, the two leaning towers posed significant structural challenges.

“This is an excellent example of the structural engineer providing a solution to a very difficult problem with a basic concept that is clear and robust. Their skills in innovation, collaboration and attention to detail are apparent in the development of the final design.”

The structural engineers and architects involved in this project developed a design embracing sustainability, architectural vision and structural innovation.

“This chapel is clearly an inspirational building for its users, and this is down, in no small part, to extraordinary skills in designing and innovating with timber.”

The judges admired the use of an elegantly expressed, sustainable and efficient timber gridshell roof, saying:

“The simplicity of the detailing belies the complexity in analysis and form-finding involved.”

The Emirates Air Line across the UK’s River Thames, is a dramatic new addition to London’s infrastructure, linking two major landmark destinations, the O2 and the ExCel Exhibition Centre.

“The synergy between architecture and engineering has yielded a new landmark which is both beautiful and bold. Delivery within a very short timescale is testament to the whole project team and a fine example of what the UK construction industry can deliver.”

The Pembroke College Footbridge provides a walkway between the existing college and the new buildings opposite.

Judges were impressed by:

“The way the geometrical constraints on this project were solved to achieve an extremely elegant structure that complements its surroundings.”

“This family of structures is well executed, displaying versatility and ingenuity. The designers conceived innovative structural systems and used materials in an appropriate way to deliver an imaginative and elegant solution.”

The KREOD Pavilion represents a new approach to the difficult problem of creating a functional, demountable enclosure in an attractive, interesting and sustainable way.

“Once in a while developing new techniques and processes, coupled with imaginative and perceptive engineering skills, allows the realisation of a design that previously would not have been feasible or financially viable. Though temporary by nature, the KREOD Pavilion is a seminal structure, demonstrating the possibilities of the exo-skeletal approach to permanent habitable buildings of the future.”

The First Direct Arena is a landmark music venue in the heart of Leeds city-centre with a capacity of 13,500.

The judges thought that:

“The design is tailored beautifully to its sloping site through its fan shape, and is visually stunning as a result. The roof solution in particular, with main trusses located in the air gap, is a highly-effective innovation that both reduces cost and increases acoustic insulation.”

The Cutty Sark conservation project has preserved the last remaining tea clipper and turned her into a new event venue. The wrought iron structure of the hull was sagging after many years of unnatural support on the keel, and so the team decided to raise the ship11ft into the air to hang just above the waterline.

“The Cutty Sark needed some very complex structural repairs, verging on reconstruction, in order to raise and re-support her. This work required some exceptional engineering.”

Halley VI, the British Antarctic Survey’s research base, provides a unique environment for the study of crucial earth science in one of the most challenging and extreme climates on the planet.

The judges found this to be a highly sustainable and remarkable project, commenting that the research base is:

“One of the most challenging and technically complex buildings ever delivered, and is an outstanding example of structural design, innovation and construction.”

For more information about The Structural Awards 2013, visit: www.structuralawards.org 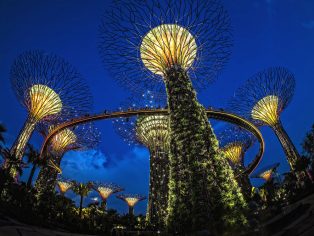