Charlotte Baptist Chapel, a grade B listed 20th century church building on Rose Street in Edinburgh, is set to be given a new lease of life as a 4 star boutique hotel and steak and gin bar under new planning proposals to be lodged with The City of Edinburgh Council.

Proposals for the building were shared at a public consultation in the chapel on 29th July, where community representatives, residents and members of the public were given an opportunity to provide their feedback. Local ward councillors were also in attendance. 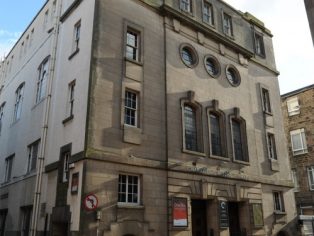