Capita’s architecture team has completed a study on behalf of Chipping Campden School in the Cotswolds for a new masterplan which also includes a new drama, performance and education venue.

The school, which is situated in one of Britain’s most picturesque towns, is a high performing school and as such is one of the leading non selective schools in the UK. It has been serving the local community since 1440.

The vision is to replace the current ageing drama and hall facilities and to also provide a whole new masterplan for the academy to progress. The Capita team have worked with the school on concept designs for a small flexible theatre and education building with dance and drama studios, bar, and teaching space. The new facilities will enable the school to embrace wider drama subjects and allow the community to play a greater role in school life. 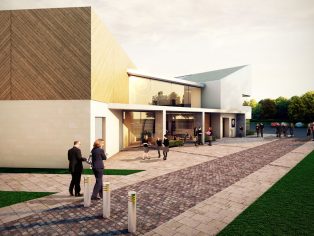