Often affectionately referred to as ‘a mini York’, the town’s architecture, including the medieval North Bar and gothic Minster together with the countless charming Georgian buildings, provides an interesting backdrop for the modern brands and businesses that populate the streetscape today.

As well as its own above average affluent residents, Beverley is already an established regular draw for people living in the affluent West Hull villages and the East Riding.

Beverley is widely seen as the ‘capital’ of the East Riding of Yorkshire as the county is administered from the town.

The average house price, from April 2000 to April 2012, has increased 141% and despite the difficult economic backdrop the average has still continued to rise by 4% during the last 12 months 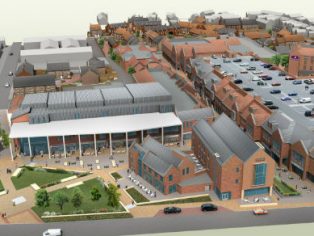