High Wycombe – A model for a brighter sort of retirement living

A new and more socially-inclusive form of retirement living is being designed and built in High Wycombe, writes Steve Menary.

Retirement housing was once acerbically described in the hit 1980s comedy-drama, Auf Wiedersehen Pet as “A little box before the littlest box of all.”

Since those days however, retirement housing has moved on substantially. Standard downsizing options still proliferate but increasingly residential villages are being created that offer a range of units and tenures.

The Extra Care Charitable Trust (ECCT) is a developer which has been amongst the pioneers of this type of mixed-living retirement housing, which offers not just a range of living options and healthcare support but also provides a social life for residents.

Unlike some of the private companies that are increasingly moving into the development of retirement villages, the ECCT is a registered charity, but one with scale. The trust operates 14 retirement villages and 17 smaller housing schemes across the Midlands and the North and has more in the pipeline. 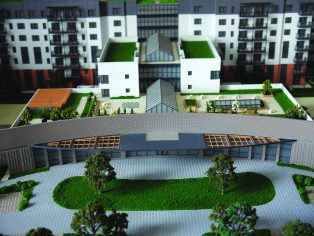 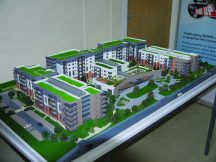