The plans include a building of between two and 17 storeys which includes non-food retail space and up to 400 one-, two- and three-bedroom homes, plus associated landscaping including car parking and cycle parking for residents and shoppers. 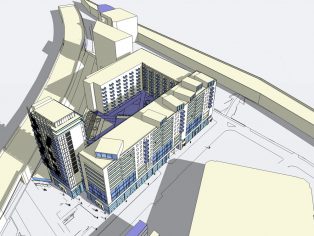