Stretching across 40 hectares of reclaimed land, the West Kowloon Cultural District is one of the largest cultural projects in the world, blending art, education and open space.

Its vision is to create a vibrant cultural quarter for Hong Kong where the local arts scene can interact, develop and collaborate. Providing 23 hectares of public open space with two kilometres of vibrant harbour-front promenade it will also include a variety of arts and cultural facilities that will produce and host world-class exhibitions, performances and arts and cultural events.

A Development Plan for the District, based on well-received Foster + Partner’s Conceptual Plan, was approved by the Chief Executive-in-Council in January 2013. Overlooking the magnificent Victoria Harbour, the District will begin to take shape over the next decade.

By developing this sizable project in phases we can start to bring the district to life.

The Xiqu Centre, M+, Freespace and Arts Pavilion, will be developed as a first batch of facilities aiming for opening to the public in 2016 and beyond. The construction of the Xiqu Centre, starting with a ground-breaking ceremony in September 2013 signifies the beginning of the development project.

The park of the cultural district and a quality open space with arts and cultural facilities, will also be available to the public to enjoy starting from 2015.

A Lyric Theatre, a Medium Theatre, a Centre for Contemporary Performance and Resident Company facilities will be developed as a second batch of facilities, while the remaining venues located in the central part of the district will be built when the integrated basement is completed. 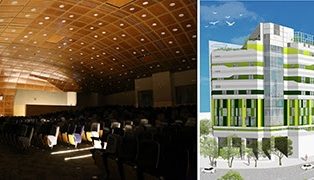 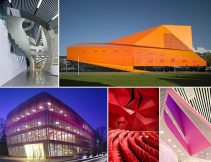