The Western Transit Sheds form part of the same building and when architects Stanton Williams and BAM Construction received the go-ahead to redevelop the arched front loading bays, MERO-SCHMIDLIN were again engaged to design, supply and install the facades. The client, Argent Kings Cross Limited Partnership were looking to offer a range of unique high quality shops and restaurants at street level with very contemporary office space beyond to suit businesses of all sizes.

As with the Eastern Goods Yard, this part of The Granary Development involved the refurbishment of sheds which were previously used to transfer freight from the trains to rail carts. The complex was created with horse and carts being used and part of the stables under the loading platforms have been retained. There was also a hydraulic turntable to turn train carriages around and cranes to load and unload the goods. The refurbishment has been very sympathetic to its heritage and there is certainly plenty of evidence to confirm its status in a previous life including cobbles and rail tracks. The resultant buildings have rather exploded the myth of Victorian precision craftsmanship as many of the arches are up to 3 inches off upright in both planes. 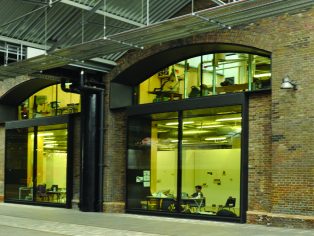 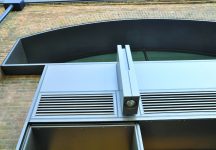 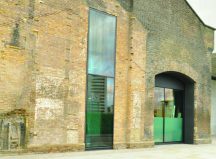 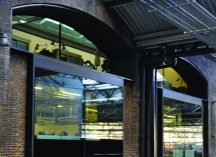 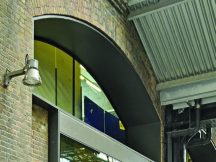