Joe Morris heads up his practice, but knows that collaboration is the way to good architecture. He answers ADF’s questions

Why did you become an architect?

My journey to architecture was relatively casual, without a clearly defined goal, but one which has been shaped through experience and opportunity. Initially studying art at foundation level in Leicester, before exploring Landscape Architecture, I eventually came to being at the University of Greenwich between 1989 and 1993 achieving a first class honours degree, studying alongside many talented designers who today work at many of the leading contemporary practices.

Following a conventional journey through university at undergraduate and postgraduate level, and subsequently obtaining professional qualifications in 1999, I can’t pin point the personal moment when I felt that I understood specifically why I was doing what I was doing. I find this continuously fascinating, and to some degree, a relief. It continues to enforce my ethos that nothing is fixed, events shape experience, and one’s life is continuously evolving, all of which can be taken as positive growth. At this juncture, I’m very aware that my role within my practice and to a broader extent, is to seek methods of agency to influence positive change and action.

Architecture equips those deeply immersed in its culture and processes to observe, in an evolved way, a distinct set of tools which empower one to see intangible things in a tangible way. Ideas, concepts, questions, and observations play out in a symphony of layered thoughts, diagrams, strategies. A sort of spatial and interconnected spectrum of visual stimulus, one which comes with a special code which might be indecipherable to others, but is easily interpreted by the skilled architect. I recognise that this skill set is what can add value to a variety of conditions, not just within the field of architecture.

What is the hardest part of your job running a practice?

Over the course of a fifteen-year journey of facilitating a practice, I have increasingly nurtured the roles and agency of others. Practice is hard flown solo; it is equally hard in a group dynamic. But ‘shared’ concern, neurosis, ambition and fear is a far more supportive and positively engaged environment in which to work. Thus, in many ways, the hardest part for many of my peers and indeed the wider field of architecture is the moment when you realise that you need to let go, that negotiation and collaboration are the essential components of successful and rich work. This was not hard on a personal level, but it is hard to convince others of the same. Architecture is often emotionally charged and personal, with complex and conflicting attitudes evident in much of the decision-making process. But it is important to create space for success and failure in equal parts along the journey.

How would you describe your modus operandi as an MD?

This is a question I’m more comfortable being asked of my colleagues. My self perception and that of others is likely to diverge, and this is perhaps interesting. I consider myself to be compassionate, empathetic, nurturing, understanding, supportive and accessible. I place all of my trust in the will and power of people and ideas to trump prejudice and dogma, to realise potent opportunity, to enrich through output and experience etc. Being self-critical, it could be levelled that I am easily distracted, overly idealistic, massively optimistic, often unfocused, too stretched, repeatedly late and leaving things to the last moment. Obviously, the balance of myself and the team make for a perfect recipe of brilliant, thought-provoking work.

What has been your proudest achievement so far?

I cannot accomplish anything without others, and thus my greatest achievement is having been one of a team which has honed an environment in which the values, skills and expertise of others can rise to the surface and not be suffocated by any one other.

What was your biggest challenge in changing the practice’s identity?

Duggan Morris Architects had, over the course of more than a decade, delivered a number of highly reputable buildings and projects. While remaining truthful to the idealism that the practice did not purport to a singular signature style, I had become more aware that contemporaries and collaborators considered that our work had become instantly recognisable. While this creates obvious benefits, my concerns remain that it is also a constraining and limiting factor. Commissioners and patrons seeking one’s practice out for a repeat of something successfully achieved before is one of my larger concerns.

The rebrand therefore represented an opportunity to reinforce this approach. However, the challenge was to do so without alienating an established network of supporters, clients and so forth. The rebrand was thus carefully choreographed, slowly, openly and with warmth. The ‘+Company’ being the key; architecture is a pursuit best done with others.

What single change or innovation would make your job easier?

Do you struggle to switch off? How do you do this?

This is a question with changing significance as my career has evolved. Presently I see no division between my life, my work, my travels, my leisure. Architecture has created rich opportunities which I may have otherwise missed. I am on the eternal busman’s holiday. I am continuously motivated to apply my thought processes to contemporary concerns both through practice and in general.

Have you come across any innovative materials or use of materials recently?

No. The procurement of buildings, the specification and detail of materials and the methods of building are relatively primitive. At a recent summit about collaboration, architecture and developer Roger Zogolovitch of Solid Space suggested that if we were to transport a Roman centurion 2,000 years from the past to a modern construction site, he would, on the whole, comprehend in detail everything that was happening; bricks being laid, concrete being poured into the ground, cement, timber, buckets, scaffolding and cranes. But the same Roman would be utterly lost by the complexity of our civilisation. Therefore in Zogolovitch’s words, it is clear that architecture and buildings need to explore, take risks, innovate and experiment tenfold more than we are doing at present.

To me the big issue remains that we glorify, objectify and eroticise buildings and their materials rather than being compelled by the stories of their inception, to construction and use. This would mean we engage more fully with the intrinsic ‘value’ of everything in a more rigorous way.

For example, I believe it’s no longer acceptable to fetishise the sensual quality and texture of a concrete wall without fully comprehending the origin and source of all the base ingredients, and to be able to recount their story. What has it meant to quarry the base materials? What energy has been expended to cook the cement soup? How far has it had to travel? What natural resources have been lost?

Are UK practices going to struggle to get the best staff from overseas in future?

In short, yes. Brexit will have a long-term damaging legacy for our towns and cities. The obvious one being the imposition of borders and territories which obstruct the movement of ideas, skills, culture. Close to 60 per cent of Morris + Company’s staff are from other European or international countries, but as a nation and profession we have lost untold rich reserves over the last two years with many Europeans leaving the country as it becomes increasingly mired in internal rhetoric. But this issue sits lower in the psyche; the deed has been done. The UK public has cast its vote, and regardless of how Article 50 unravels, leaving with or without a deal, electing via a second referendum or indeed ‘remaining’, the bond with Europe is broken and this will leave a deep emotional scar, of lost trust, of conceit, of nationalism and betrayal.

What will the next ‘big thing’ be in the industry?

I turned vegan almost two years ago. It was a flip-of-a-coin sort of decision, motivated not by any political conditioning, but more as a response to a strange itch or irritation buried deep, that contemporary society conditions us all to accept the hidden horrors of human existence as normal. It was a peel-the-curtain-back, unplugging-from-the-matrix epiphany – an ‘Oh my god, are you serious?’ moment. Is that what the egg industry is hiding? Is that what happens to put milk on the table? Are rainforests really being destroyed to feed cattle to make burgers? The insanity – and absurdity – of it all is maddeningly shocking. But it needs you to want to look at it.

You and I need to make a change if we accept that the natural world as we know it is worth fighting for. To this end, I’m less interested in the ‘next big thing’, but more focussed on how to turn this issue around? How do we start to tackle these hugely complex issues? And how does architecture and construction slot into this cataclysmic conundrum? One question for our profession, for instance, is whether we continue to build in brick with the

100-year life span in mind, or do we take radical steps to tackle the environmental crisis now, building in a way that absorbs carbon, which would result in a new future-gazing architecture?

How can you see an architect’s role changing in the near future?

The cynical response: less and less important, weakened, distanced and stripped of agency. The optimistic one: the architect at the table with scientists, engineers, entrepreneurs, innovators and creatives engineering an empathetic future version for our species. 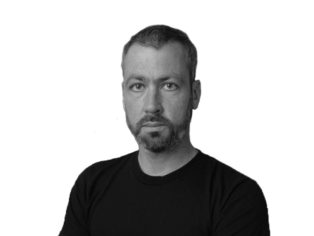 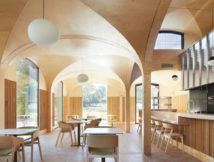 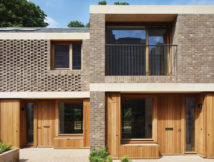