Brexit raises a host of questions and issues for UK architectural practices, not least on the future for their EU-national employees. Norman Hayden asked a selection of key players for their thoughts as the UK heads into a new phase.

What do employees from the EU bring to your practice?

Sunand Prasad, senior partner, Penoyre & Prasad: Both our British and EU employees have plenty of skills and ideas. The special value of our employees from the EU, and other parts of the world, is in their unique combination of being similar to, yet different from, UK and London culture and practice. That enlarges our outlook and makes for a lively, creative variety.

Brendan Geraghty, director, Geraghty Taylor: We are a practice that has exclusively used BIM. We find that European architects have had more exposure to BIM than their UK counterparts. Consequently, a significant portion of our staff is from the EU as they are conversant with the technology we use.

Ian Hogarth, owner, Hogarth Architects: We hire the best staff, irrespective of where they originate. We have a high percentage of fresh graduates and higher-degree level students and we have benefited greatly from difficult markets in other EU countries such as Greece. On a larger level, the construction industry generally has benefited hugely from skilled workers from Europe, so that we can envisage tender prices increasing greatly if they were not here. We do not feel enough UK workers are being trained, hence the ease with which EU workers have found work and started thriving building businesses in the UK.

Adam Parker, associate director, Greig & Stephenson: EU employees bring the option to recruit people that are right for your business. I wouldn’t explicitly say employees from the EU bring a specific skill set or ideas, but the prospect of not being able to recruit from a rich and diverse talent pool would likely hinder practices.

Christopher Shaw, senior director, Medical Architecture: Europe has been the cradle of modern medicine and western architecture. Its ideas and professional discipline have been part of commerce since the 13th century, probably earlier. Employees from the EU carry this with them – there is a cultural commonality.

How will your firm be affected if it’s more difficult for EU nationals to work in the UK?

SP: It depends on how difficult. People who cross countries to find work tend to be of above-average ambition and resourcefulness. Losing them would be a huge loss to our firm.

IH: We suspect very badly, but we will always look to adjust and react to maintain a healthy business. We feel it is not a positive move for a country trying to deal with a housing crisis though.

BG: We are very concerned about our current staff being able to remain in the UK. On recruitment, the availability of skilled and suitably-qualified staff is critical to the long-term success of the business, any Brexit-imposed restrictions on recruitment present a significant threat.

CS: At present, our firm is entirely staffed by EU nationals. In 2016, 47 per cent of all new admissions to the Architects Register were using freedom of movement provided under the European Union Professional Qualification Directive. It will be harder to find new staff if the UK withdraws from the European Union. A proportion of our work and income is EU (non-UK) based. We have several medium-term prospects for hospital work in the EU (non-UK) region. It may prove useful to establish a legal structure outside the UK in the event of Britain leaving the EU trade and judicial frameworks.

What have you been doing to reassure staff?

BG: We have encouraged them to seek the right to remain in the UK (if they don’t already have this) and reassure them that we will do all we can to keep them in the UK and to stay with the practice. The Government needs to do more to help business retain staff and to continue to be able to recruit from inside and outside the UK.

IH: Nothing formal, beyond avidly following developments in the press. We will review the situation next summer before the next graduate intake.

SP: Currently, we are very limited in what we can do, as the Brexit negotiations have not begun. However, it is more likely that EU nationals already working here will be able to remain. That must be a key demand.

AP: Not a great deal as we don’t think anyone has a clear picture of what any of this means as of yet. Nevertheless, it seems unlikely that staff already working in the UK would be ‘thrown out’.

CS: We provide personal and corporate reassurance that we will do what we reasonably can to protect each individual’s position. However Home Secretary Amber Rudd’s statement before Christmas that “up to one million EU citizens could be deported” and letter of 8 January suggesting that “the rights of EU citizens resident in the UK would form part of a negotiation” were unsettling.

Do you hope that there is an interim agreement that means this is all put off for years?

SP: That is unrealistic.

BG: We think ‘hard Brexit’ will happen and the country will suffer as a result.

AP: No, I’d rather it was decided in reasonable time so that we can all get on with rebuilding confidence in the market. However, I wouldn’t want any agreements rushed.

How many staff are affected and how have they reacted?

CS: All our staff (including me) will be affected. We are concerned.

SP: Some 20 per cent of our staff are affected and, naturally, they are anxious.

IH: Eight, although we are dealing with two by employing them as consultants because they work abroad.

AP: Only one staff member (despite having an international team), and they were shocked and angry at first. But as we are unsure what Brexit means they have now taken it their stride.

Do you see any positives to Brexit for architects, such as a weaker pound making property investment cheaper?

AP: At present, not really. I wouldn’t necessarily see the latter as a big positive.

SP: No, with one exception, though. Outside the EU the function of the Architects Registration Board (ARB) can be transferred a little more easily to the RIBA bringing greater coherence and effectiveness to professional education, entry and regulation.

IH: The rising cost of building materials and labour may offset this. And I am not sure who benefits really. The last thing London needs is more unoccupied “investment” property.

BG: The percentage of international investors may increase. But, if the economy can’t provide the skills to design and build the developments, the attractiveness of a weaker pound will be balanced by an increase in costs.

Do you think Sadiq Khan’s ‘London visa’ idea is useful?

IH: Wishful thinking. London will continue to be the cash-cow for all the regions that voted “out.”

SP: Making a special case of London is not going to help heal a divided country – that must be a key aim.

CS: None of the above, the London Mayor is probably sincere. However, London as a city state is unlikely to gain support in the UK or the rest of the EU.

BG: I think we need something akin to a ‘London Visa’ to protect our future.

AP: It would seem a useful prospect from the architecture profession’s perspective and, more generally, because of London’s cultural diversity and vibrancy. Conversely, it could further polarise London from other cities in the UK, broadening the socio-economic gap.

Have current schemes been affected by Brexit?

IH: Sales on a development we have been working on dried up overnight, after already being under pressure by the draconian Stamp Duty rises. Agents are downgrading/tightening projected sales prices, pushing some projects away from feasibility.

BG: Yes, we have had at least four projects cancelled or indefinitely suspended – this hits our cash flow hard.

AP: We haven’t experienced projects being stopped. But, then, currently we have more local authority clients than commercial. We are aware of other practices suffering a slow-down through lack of confidence from investors on large-scale commercial projects.

SP: Yes. An excellent architectural-model making company we know saw half their orders cut immediately after 23 June. However, the impact has since faded except in respect of high-end residential projects. 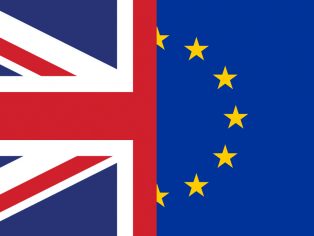