The Royal Institute of British Architects (RIBA), Architecture 2030 and Architects Declare are joining forces to host a Built Environment Summit at RIBA’s central London HQ, one week ahead of the 2021 United Nations Climate Change Conference, COP26, in Glasgow.

The Built Environment Summit, on October 27-29 October, will be webcast live to a worldwide audience. It will look at the built environment’s critical contribution to the UN goal of achieving zero global carbon emissions by 2040; calling on the world’s governments to provide the necessary support and legislation to accelerate the systemic change in the industry to stay within the 1.5°C carbon budget. A full programme of speakers will be announced by the end of June.

The three-day summit is being supported by the Global Alliance for Buildings and Construction and the American Institute of Architects; together representing a coalition of over 100,000 architecture, planning, engineering and construction professionals across the world.

This coalition will be campaigning to build consensus for a declaration in the build-up to the event, culminating in its final ratification at the Built Environment Summit in London, the week before COP26. At COP26, on 1-12 November, this declaration will then be presented to the governments of the world congregated at the event – calling for the change our collective future demands.

The declaration will affirm the industry’s continued commitment to rapidly reduce its carbon emissions and assert that now is the time for Governments to set targets in line with the remaining 1.5°C aligned global carbon budget.

Right now our buildings are responsible for approximately 40% of the world’s carbon emissions; a figure that is substantially higher when accounting for the carbon embodied in all associated infrastructure. Already the built environment industry is taking significant action to work within the Paris Agreement’s 1.5°C limit above pre-industrial levels. This event will showcase what has already been proved to be possible, in order to embolden governments to do the same. 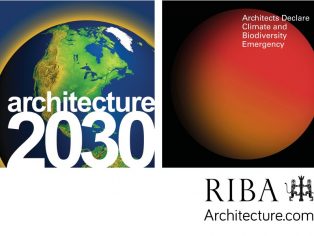