Care Homes – time for a change

‘Care Homes should be seen very much places to go to live rather than places to die, their design should reflect this and we shouldn’t assume anything when anticipating tastes and preferences of older generations.’ James Potter of WGP Architects. When a care home operator asked young architects WGP to turn pre conceived design ideas on their head by designing a highly contemporary building, it provided a chance to rewrite the rule book as WGP Director, James Potter examines:

Care homes are often manifestations of your Grandma’s bungalow; thick carpet, floral prints, pastels. And why not? There isn’t anything innately wrong with this and in the difficult scenario where an elderly person has no choice but to leave their long-term place of residence, wouldn’t we all expect nothing less than ‘home from home’ for our loved ones? When put this way it seems folly to even question the narrative. So, what happens when an established care home operator comes to you specifically requesting a highly contemporary design? This was the challenge presented to us by operator Country Court when they commissioned WGP to re-design their 100 bed care home in Burgess Park, Camberwell. The practice had no prior sector experience, something seen as an advantage by the operator-client.

Experience tells us that the smartest operators are always looking for inspiration from external sources or complementary sectors. But what are those complimentary sectors? Hotels? Later living ventures? Hospices? Retirement flats? What are the relevant lessons to learn from similar sectors?

Were we to assume a care home is simply a derivative of the recent ‘later living’ schemes with a bit more care included then there exists a well-defined precedence to follow with the likes of Riverstone, Auriens and Elysian Care, to name a few, offering schemes which upsell contemporary living and lifestyle aspiration. A read of your typical later living marketing literature reveals a distinctly blurred line separating the services offered by a dedicated care home and later living venture. In later living schemes assistance is provided by the addition of ‘home-care’ packages; a sort of all-inclusive service with nothing being too much trouble. With such an accomplished offering one wonders whether the days of the care home are numbered. Or if the difference between the two is simply later living for those who can afford it, care homes for those who cannot. But it isn’t that simple. The care offered in later living schemes is presented as something discreet, in the background of all the Pilates and cocktails. Indeed one operator describes it as ‘a little extra help’. Their core market is still those who are both aging and retaining sufficient function to remain independent. It would seem silly not to offer some sort of care when your market is old. But in a care home the on-site assistance for residents is visibly more medical, more essential in nature, and utilised by the majority of those residing. This has a knock-on effect on who can be accommodated as the high level of on-site support means it is possible to cater for a myriad of states of decline, metal and physical. Of these, Dementia care carries quite specific implications on the specialism of care and the physical layout and security that is needed in the building. Arguably not discreet and certainly more than a little ‘extra help’. This is not to suggest that later living schemes are in any way wrong for offering and presenting care in such ways as there will be many who will benefit from this balance of independence and care for which it should be applauded. The observation is more to aid us in teasing out the differences between the buildings and to understand the blurred but hugely significant line crossed when a persons’ potentially deteriorating mental and physical health in old age tips one in favour of paying for a room in a care home verses owning a later living apartment. In part, this difference is what protects the specific interests of each sector. In reality, the blurred line shows us there exists a good deal of cross over between sectors making the trends and aspirations of later living are relevant to care homes.

At the other end of the spectrum there is a respectful distance to be kept from other sectors. Care homes are not hospices for the elderly, and although deaths within care homes are an inevitability (that is not to ignore or belittle the extraordinary awful 6 months the sector has endured), they should be seen very much places to go to live rather than places to die. As with later living at the more independent end of the spectrum, the difference can be subtle. However they are very real and interestingly mirrored in the sets of regulatory criteria; space planning, escape strategy and management principles, which underpin the technical design of a care home.

As a practice WGP are into wellbeing and this is in-part how we came across Country Court (a chance meeting at a gym we designed). As living standards and medicine improves with time, wellbeing in old age is becoming a more complex set of lifestyle choices. Attitudes change by generation, but even so, a contemporary care home still feels like a brave new world to be putting our elderly into, by choice or not.  But as developments such as the Barbican Centre demonstrate – which as of the census of 2011 had 14% higher proportion of OAPs relative to the rest of inner London – we shouldn’t assume anything when anticipating tastes and preferences of older generations.

As a final thought we ought not overlook that, within the care home, a high proportion of the daily building users are non-residents hence the environment of a care home is arguably of equal importance to those working and visiting, so intertwined is their wellbeing with that of the residents. If a care home environment is pleasant for younger visiting generations, that can only be a good thing, so valuable to the residents are the visiting families and friends. An example of this is what we are calling the ‘clubhouse’ at Burgess Park; a penthouse space with a café-bar opening onto a rooftop garden. It might not be Soho House but we’re nudging it a tiny bit in that direction very much borrowed from the later Living concept of eliciting exclusivity and belonging but tempered by the ability to divide and manage the space for residents with specific needs and allow a certain amount of distanced interaction. For some, being near social activity without necessarily being part of it is enough for a given resident on a given day, particularly those who may need to be quiet and alone without being isolated.

This particular journey in designing our first care home is informing us so much and we owe it to ourselves to make every endeavour to continually improve the care home sector for all manner of reasons. Not least because we are all heading that way, after all. 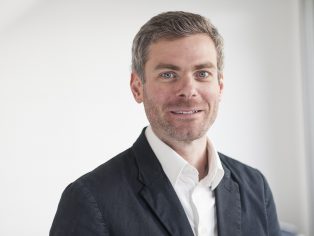