Have you tested your metal?

A HVAC system is only as good as the pipes and components that hold it together so choosing the right material for this important job is essential. The wrong choice could compromise a specifier’s design requirements, leaving the whole system open to corrosion, inefficiencies and potential breakdown. Steve Munn, MD for Hevasure looks at the different options and how they compare in application and corrosion considerations.

Specifying the right pipework and components for a HVAC system will help ensure your scheme works well and lasts its predicted lifespan, contributing to improved efficiencies and reduced running costs – all music to customers’ ears.

Pipework and components are usually made from metal which, while robust and long lasting, are vulnerable to corrosion under adverse conditions. In closed circuit systems in particular, it’s key that oxygen is kept out of the pipework – the main driving force behind this degrading issue. Water chemistries and the use of inhibitors are also important factors influencing corrosion thus making the role of the water treatment company essential. Furthermore, as we discuss below, continuous monitoring of a wide range of parameters can play an important part in ensuring smooth operation and longevity.

Carbon steel: Thin-walled carbon steel has grown in popularity over the last few years due to the fact it is light weight, cost-effective and easy to install. While an excellent material for pipework, particularly in closed circuit systems, thin walled carbon steel is very susceptible to damage, which has resulted in adverse, and misleading press coverage.

To ensure it meets its specification requirements, care must be taken at every stage – in transit, storage and installation. Keeping carbon steel clean, dry and damage free will help this product start life in the best possible condition.

Once installed, remote corrosion monitoring technology can play an important part in preventing corrosion during pre-commission cleaning (PCC) and ongoing operation. By continuously tracking the level of dissolved oxygen, as well as the root cause of aeration, any changes in condition can be instantly identified and controlled, dramatically reducing corrosion risk and making thin-walled carbon steel a far ‘safer’ choice.

Chemical inhibitors are also commonly used alongside carbon steel to mitigate corrosion.  Again, remote monitoring technology is extremely beneficial as it can be used to track changes in composition.

Mild steel: Thicker walled steel is commonly used in older systems and for pipework and other HVAC components, such as pumps.

While mild steel is susceptible to corrosion in the same way as thin-walled carbon steel, wall penetration is less of an issue due to its thickness. Corrosion debris, however, is a problem as it can be transferred round the system causing blockages and loss of efficiency.  Other parts of the system then can be prone to corrosion as debris settles out, providing a perfect environment of microbes to flourish.

Copper: Commonly used in domestic plumbing, but not so much in commercial systems, copper can be subject to pitting attack if the protective patina fails to form or is disrupted due to poor water chemistry or surface contamination. If dissolved oxygen stays in a system for too long, the tube walls will eventually fail, causing potentially catastrophic leaks. Copper is also prone to erosion corrosion as well as microbial influenced corrosion (MIC) which is caused by bacteria settling on surfaces.

Brass: Used for components such as valves and other fittings, brass can also be subject to pitting attack if dissolved oxygen stays in the system for too long and/or optimum water chemistries are not maintained. Brass can also fall foul of erosion corrosion under high flow rates or stress corrosion cracking in ammoniacal waters.

Aluminium: Mainly used in heat exchangers, under the correct water conditions, aluminium is passivated and resistant to corrosion. Passivation however is lost if the pH increases above 8.5, resulting in corrosion in oxygenated waters.

Stainless steel: Used in boilers and pipework (especially in process industries), stainless steel is normally passivated but will undergo pitting attack in certain waters or stress corrosion cracking (e.g. chlorinated). Stainless steel boilers are very expensive so must be protected.

Plastics: Plastic is not a metal and therefore not subject to corrosion. It can, however, be a source of aeration, if non-barrier plastic pipework is used. Remote monitoring systems can be used alongside plastic to check whether the pipework is responsible for high dissolved oxygen levels.

Whatever the material, in closed circuit systems, 24/7 remote monitoring technology will protect pipework and associated components from corrosion, alerting FMs and maintenance teams of the changes in condition which can lead to serious damage, while giving specifiers peace of mind that they are passing on a system that meets and delivers the brief. 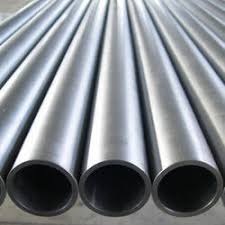 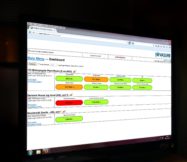