As architects, clients, building control and other specifiers are rightly insisting on fire test certificates that directly reflect the exact roofing system being installed, Dean Grady, Senior Product Engineer at Sika, discusses the role of EXAP testing and how industry leaders can help.

Without question, today’s roofing industry is experiencing a greater focus on the fire performance of roofing systems than ever before. While events of recent years have heavily influenced this – and, in part, clients, building owners and insurers have their own criteria to be satisfied – changes in regulations have played a major role.

These regulations, while extensive, are reasonably clear, stating that, in general, roof systems must be classified to BS EN 13501-5 BROOF(t4); the exception being that ‘attachments’ on buildings over a certain height (18m in England and Wales and 11m in Scotland), meaning the insulation must also be non-combustible. Furthermore, there must not be any ‘views’ offered by manufacturers as to the performance of their products in lieu of testing.

As those within the industry have been leaning on manufacturers to demonstrate performance, rather than make their own judgement or interpretation, historically, manufacturers have tended to offer a range of fire tests considered representative of performance.

Historically, in the absence of directly representative test data, there has been a tendency to supplement limited test data that is perceived to be representative and supplement this with opinion and experience. However, at Sika we fully support the redundancy of this approach and move towards a purely evidence-based demonstration of fire performance only, which has been independently verified by an appropriate accredited third party. We have seen for a while now that architects, clients, building control and other specifiers are increasingly insisting on fire test certificates that cover the exact system being installed, becoming more commonplace – and moreover it’s something the regulations ask for too.

While it is clear the market is becoming acutely aware of fire safety and that specifiers are looking to industry leaders for help, the problem for manufacturers is how to test such a large range of possible system permutations, taking into account numerous substrate types, air and vapour control layers (AVCLs), insulation types and thicknesses and waterproofing membrane types and thicknesses – the variations are almost endless, as no two projects are ever exactly the same.

Thankfully, the industry is in consultation through its trade bodies and associations to find a fair way forward and establish a simplified and unified approach. However, with issues such as this involving collective agreement between the industry and regulatory bodies often taking a substantial amount of time, Sika has opted to act ahead of this.

Uncovering the role of EXAP

Based on our own experience of what was being requested by way of fire test evidence, while also consulting with accredited fire test houses such as Warringtonfire, Sika embarked on a project that has seen a substantial amount of time, finance and resource invested in a solution that covers ranges of system permutations.

With tests and test data extrapolations only able to be done by accredited fire test houses, it became clear that there was already an established and recognised solution to cover the myriad of roofing systems that Sika offers. Fire tests on individual roofs/roof coverings are now carried out in accordance with CEN/TS1187, the results from this testing are then classified in accordance with EN13501-5.

CEN/TS 16459 External fire exposure of roofs and roof coverings – Extended applications of test results from CEN/TS 1187 provides bodies like Warringtonfire with methodology or ‘rules’ for optimising the number of tests required to cover the maximum field of application. This methodology is what’s commonly termed an ‘EXAP’ – Extended Application, while CEN/TS 16459 provides the means to classify a range of permutations to EN13501-5.

Far from an easy way out of testing, the process is demanding because it still involves physical testing to CEN/TS1187 and of course this must still be passed. However, it does allow for tests to be done in increments and to then cover the range in between. Sika already had a large body of test data available, which has been a huge advantage in what has been a mammoth undertaking spanning more than two years.

Sika Sarnafil single ply and beyond

In October 2021, we were delighted to announce that Sika had completed Extended Application Assessments, testing to CEN/TS 1187:2012 Test method 4 for the entire Sika Sarnafil range of PVC single ply membranes. Subsequently, the most common Sika Sarnafil roof systems are now all classified under BS EN 13501-5 as BROOF(t4). This covers every membrane type, AVCL, thickness of PIR insulation 50mm and beyond, up to a 70-degree pitch and on any structural substrate.

Having this comprehensive BROOF(t4) classification – which indicates the highest external fire performance for roofs – means that specifiers and other stakeholders can use Sika Sarnafil on their roofing projects with a very high degree of confidence, assured that they’re complying with fire regulations. Working with an accredited, independent fire test house (the only people who are permitted to undertake any degree of desktop/extrapolation studies now) also clearly removes the ability for anyone else to interpret or extrapolate the fire test data that may have been practised in the past.

Not only is it a clear way forward in terms of mitigating roof fire risk, but it is also a great step towards helping support those with the heavy responsibility of ensuring people’s safety by increasing the confidence and reassurance specifiers are looking for.

Continuing to strengthen Sika’s position as an expert and leader in testing and compliance, we now have plans to extend the initiative across the entire Sika roofing range, starting first with liquid-applied membranes and Sikabit bituminous membranes.

If you would like to find out more about Sika’s roofing solutions and services, call 01707 394444, email enquiries(Replace this parenthesis with the @ sign)uk.sika.com or visit www.sika.co.uk/roofing. 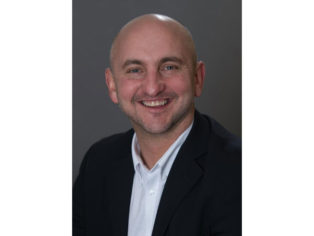