Alex is highly experienced at taking extremely challenging, nationally significant projects through the planning system. Most recently, he was Major Permissions Strategy Advisor for Horizon Nuclear Power on the Wylfa Newydd DCO, supporting the project through submission and examination.

Alex was previously Head of Consents for Tidal Lagoon Power, steering the pioneering Swansea Bay Tidal Lagoon through the DCO process. If realised, the lagoon would position the UK as a world leader in renewable tidal energy. Alex worked closely with LDA Design who were lead designers and masterplanners for the scheme.

Prior to this, Alex led the planning team at Low Carbon Group, consenting over 100MW of solar PV, including a third of the UK’s large-scale solar capacity at that time and Britain’s first 5MW solar farm. He has also worked in local government and on major masterplanning and infrastructure projects, most notably Abu Dhabi’s Saadiyat Island and the Heart of Doha masterplan.

Alex is a chartered town planner and member of the National Infrastructure Planning Association council.

Commenting on his appointment, Alex said,

“It feels great to be joining LDA Design at such an exciting time in the organisation’s history, as it celebrates 40 years of making great places and as it moves towards Employee Ownership. LDA Design has an incredibly experienced and growing planning team and I’m hoping to draw on my experience in major projects to further expand the team’s reach.”

LDA Design is an independent and creative design and planning consultancy. Recent projects include Waterbeach New Town East, a proposed new development in Cambridgeshire that reimagines residential streets and what they can offer – a pioneer for UK housing at scale. In London, LDA Design has helped to secure positive planning outcomes for UCL East and Stratford Waterfront in Queen Elizabeth Olympic Park. LDA Design is currently working closely with Homes England in Portsmouth and Plymouth to transform previously used land into lively new communities. 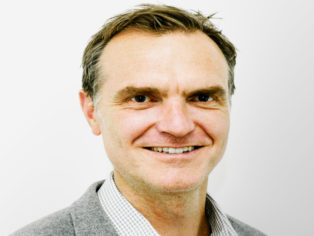