Multidisciplinary practice Lead8 has ascended quickly to global status since founding in 2014, picking up numerous accolades along the way. ADF’s Tom Boddy speaks to co-founders Christine Hau and David Buffonge

Despite being among the 100 top international firms, Lead8 was only established relatively recently – in Hong Kong in 2014. The practice was formed when its co-founders, who had been working together for a number of years, decided to pool their various expertise and begin their own journey.

Christine Hau, one of the firm’s co-founders and executive directors, explains to ADF how this decision was driven by the group’s aspiration of creating their own vision and “build a portfolio of projects in their own way.”

Since its foundation, the practice has boomed internationally, with design studios opening up in Singapore, Kuala Lumpur, London, and most recently, Shenzhen. From just a small group of architects and designers, Lead8 now has around 250 employees, and a host of completed projects, particularly in Asia.

This rapid business expansion over a few years would usually be a challenging task for any company to manage. However, as the practice has adopted a strategy in which they only “expand in line with their portfolio,” only physically growing in the territories that their work takes them to, as Hau explains, they have managed to stay on top of it.

The co-founding team also had previous experience working in large global design firms, and this experience was invaluable during key decision making in Lead8’s early years.

But it’s not just the practice’s growth that’s been impressive, they’ve also picked up a variety of awards over the last few years. In 2021 alone, Lead8 won more than 30 accolades, including five Asia Pacific Property Awards, as well as six PropertyGuru Asia Property Awards.

Multi-disciplinary
Lead8’s portfolio over the seven years since founding has mainly consisted of retail-led, mixed-use and transport-oriented developments, and they expect this mix to continue moving forward. The staff’s remit crosses several disciplines, often on single projects – regularly delivering the architecture, as well as masterplanning, interior design, and specific areas such as signage design.

“At Lead8, we are skilled at delivering multiple design scopes on one project, so our teams know how to collaborate closely yet ensure their areas of speciality are not compromised in the process,” asserts David Buffonge, co-founder and executive director.

An illustration of this is high-end retail complex MixC Shenzhen Bay, an 80,000 m2 project, where Lead8 provided the architecture, interior design and retail planning. The project was completed in 2018, and has since gone on to become Lead8’s most award-winning commissioning.

Buffonge explains how providing a wide variety of services on projects is backed by Lead8’s “strong collaborative approach” as well as the staff’s “proven track record of delivering design from conception to built development across different disciplines.”

Each studio is also multi-disciplinary. To ensure every project is matched with the right expertise, it’s very common that project teams include designers from Lead8’s studios around the world.

Values
The practice directors claim to adhere to the same philosophy since its origins, with every project regarded as a unique opportunity to “weave shared visions” with clients and “transform ambitions into meaningful built environments,” says Hau. This is as “true today as it was when we founded the firm,” she asserts.

The practice describes its approach to working with clients on designs as “an invitation to be part of the conversation” and to “contribute meaningfully,” says Buffonge. This approach has reportedly developed strong partnerships over the years which “continue to grow and evolve.”

However, challenging clients’ briefs is part of the methodology: “We believe clients come to us for a reason, and if we see the opportunity to enhance the brief or look at the site in a different way, we like to engage in these discussions,” says Buffonge. In more recent times, he admits briefs have tended to be more “fluid,” with Lead8 being engaged to collaborate with clients in the earlier stages of projects to help “explore the potential of a site.”

This strong emphasis on collaboration and cohesion is a central part of Lead8’s mantra and overall ethos. Internally, the practice currently runs weekly design reviews where project teams are given the chance to present their ‘work in progress’ to the other studios. “The idea is to have an open discussion, to learn from each other, and share expertise widely across our offices to enhance our portfolio,” explains Buffonge.

A project that Buffonge feels exemplifies their design values is the Hubei Coordination Urban Renewal Scheme in Shenzhen.

Again delivering both the retail architecture and planning, Lead8’s work will look to transform and protect a 500-year-old village as part of a major regional cultural, commercial and tourist destination. As one of the largest urban regeneration schemes in Shenzhen, the project has required Lead8 to demonstrate its skills in handling “unique and challenging site contexts,” as well as “respecting the history of the site while imagining and creating its future,” in the words Buffonge.

Eco focus
When it comes to designing for the future, Lead8 place a large value on building climate-resilient structures. “Creating resilient cities that deliver a greater urban contribution to the environment as a whole will be significant going forward,” says Buffonge.

While architects and designers have been “fortunate enough” that building materials are becoming more sustainable and the technology to monitor energy use has advanced, says Buffonge, he explains there is still work to be done to “future-proof building designs to allow for adaptation and evolution over time.” He adds: “The more flexible spaces are, and the greater the mix of uses they offer, will make these developments more sustainable.”

A key driver of Lead8 is integrating “living ecologies” within urban spaces – connecting people with nature in new and meaningful ways. An example is the firm’s recently completed project The Ring, in Chongqing. “Our teams are exploring new ways to bring natural and built environments together. We all know the power of biophilia, and now, more than ever, we are seeking out this connection to the natural world,” says Buffonge.

The practice is also exploring this vision on a broader scale, shown through a recent competition design, also in China. The Urban City Cultural Plaza concept “looks at how architecture, technology and ecology can come together to create future city urban realms.”

Future
Looking ahead, as the pandemic continues to rage, a substantial firm like Lead8 naturally has key immediate goals of ensuring staff wellbeing – including providing them with a safe working environment. So far however, crediting “robust partnerships as well as strong delivery of projects,” they have managed to navigate the pandemic almost unscathed as a firm.

Looking longer-term, Hau explains that practice staff are excited about some of their high profile projects in the pipeline. While currently confidential, she says they “are truly defining the future direction of Lead8.”

One current project that provides an insight into where Lead8 is heading however, is the Shougang Park Urban Weaving District in Beijing – a high profile scheme that will form a future gateway to the Beijing Winter Olympics site. The project is part of a significant rejuvenation taking place in the city, with a 100-year-old Capital Steel Factory Park being transformed into a thriving multi-activity destination. Lead8 will look to preserve the original urban fabric and rebuild the historic buildings, while retaining the authenticity of its industrial heritage.

The scheme is a demonstration of Lead8’s range of design skills, including preserving history and identity of places while they deliver striking, modern designs for the next generation.

Such a combination of skills has seen the firm become a big player in retail and urban mixed use in a short space of time, and despite the global impact of Covid, more projects and proposals are in the pipeline. 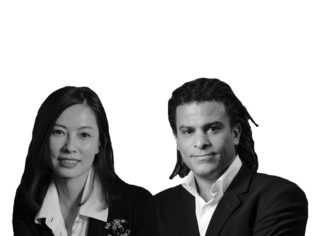 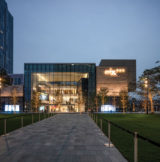