Shepheard Epstein Hunter may have garnered a strong reputation in its long history, from an initial focus on high quality public housing, but the practice hasn’t been resting on its laurels. James Parker spoke to two of its directors

Evolving, as the firm itself says, from its founders’ spirit of “post-war optimistic regeneration,” Shepheard Epstein Hunter has maintained the bar at a high level into the 21st century. Its continued achievement in sectors including housing, as well as schools and universities has been validated in around 60 award schemes since the turn of the millennium. The genesis of Shepheard Epstein Hunter had a very different initial guise – in this case the partnership of architects Derek Bridgewater and Edward Mitchell, formed in 1936. Peter Shepheard became a partner in 1948, and finally Gabriel Epstein in 1955, as Bridgewater, Shepheard and Epstein, the former retiring in the 60s to see Peter Hunter appointed. Peter Shepheard trained at the Liverpool School of Architecture, when the school’s ethos, says director Ann Lakshmanan, was unusual in “encouraging aspiring architects to devote their skills and energy to public sector housing.” The firm’s initial driving ethos was “practical, simple and robust architecture,” says Lakshmanan, and this was a useful adjunct to the post-war national reconstruction effort, naturally providing opportunities in social housing as well as educational establishments. She adds that the approach was “interested in the relationship between natural and built environments, and always people-focused.” When it came to growing the firm to meet demands, the maxim applied was “big enough to do major projects, small enough for the partners and directors to stay close to the work,” says director Charles Dokk-Olsen. He continues: “The biggest we have been is around 60 people, but we generally stay smaller than that, and we are able to compete effectively with much bigger practices.” While the firm has grown over the years, it remains important for it to be a “close-knit group of people who all know each other and feel like one team, despite working on many different projects at different stages,” says Dokk-Olsen. The office has instigated practical measures to help ensure this happens, for example the whole office (which is in Clerkenwell) gets together once a week to have lunch. In terms of landmark projects, Ann Lakshmanan picks out the University of Lancaster campus as one which “clearly shows the principles that are important to the practice,” and which “perhaps fostered our interest in masterplanning and landscape on a big scale.” The greenfield project had an early concept of a “scheme of human scale buildings and courtyards growing from the centre of the site, with a clear circulation pattern of a north-south spine separating vehicles and pedestrians, and canopies and buildings offering shelter.” The mixed use programme has a generally mixed layout creating a “lively and active campus,” with residential on upper floors, teaching in the middle floors, and ground floors “given over to social and communal uses.” She adds that the spine “has allowed the university to grow outwards without losing coherence, and with minimal disruption.”

The studio takes a flexible approach to deploying staff on projects. Depending on the size and complexity, a director, associate or lead architect is assigned, and each will be hands-on. However, as it’s a relatively small team, all staff are required to be flexible, potentially working on a variety of projects, which may be at different stages. Charles Dokk-Olsen comments on the question of whether this presents a challenge for staff who may be used to more rigid ways of working elsewhere: “Generally we’ve found that people are open to the range of experiences that are on offer, but there can be a period of adjustment if they have been used to practices that focus more on one aspect, such as front end design or technical delivery.” As well as working on diverse projects, the staff demographic is similarly diverse, coming from a range of countries, and Lakshmanan notes that Brexit hasn’t yet dented the enthusiasm of continental architects applying for roles. “We have been concerned regarding how it will impact on recruitment, but we still receive the majority of applications from European architects.” The practice has always put an emphasis on sustainable solutions. However in recent years it has taken an increasingly robust approach to embedding it within projects, via formally including sustainability in the Quality Assurance process it uses. All projects follow a QEMS (Quality and Environmental Management System), but this can be tailored according to the “different values and complexity” that may be present, says Lakshmanan. “It provides a useful checklist for architects in the thick of complex projects, and a reference for less experienced colleagues of issues that should be considered at each stage.”

The firm has a strong relationship with the University of Leicester, and has two “exciting” major refurbishments on site, says Lakshmanan. These are firstly the transformation of Percy Gee East Wing, where a variety of amenities and teaching facilities are being added – the extended student union building has won awards since its 2010 completion. And at Brookfield School of Business, the masterplan for new collaborative teaching space and ancillary facilities brings a “cohesive link” between Victorian and 1960s buildings, plus a new building “linking the campus together.” Another, yet to start, is a £20m space research building, Space Park Phase One. There are a variety of ongoing major and complex housing projects, such as East City Point in east London. The Atrium Building (153 homes in a 10-storey building in Canning Town with an “innovative atrium space providing circulation and a buffer from the A13”) won ‘Best High Volume Housing Development in the National Local Authority Building Control Awards. At the other end of the scale, Phase 2 of High Hazels Primary Academy in Sheffield, is “a series of modest interventions that have had a high impact,” says Lakshmanan.

Looking to the future, Dokk-Olsen says that the unpredictability of the current market is “a major challenge”. He reports that the education and housing sectors are seeing “very variable” numbers of opportunities, meaning the competition is intensifying. He says: “We are winning new projects, but on several recent bids, we have scored very highly, but lost on cost, despite submitting what we feel are very competitive bids.” A further challenge with design competitions is that with “clients asking for more during the submission stage,” they can be a hefty business cost to absorb – if you don’t win. The firm chooses carefully as a result, and is “unlikely to submit for international competitions where there are likely to be hundreds of submissions.” The firm wants to double in size, and grow its masterplanning work, for example in the university sector as well as explore further in the culture and health sector. It looks to have the wherewithal to make all of these a reality. 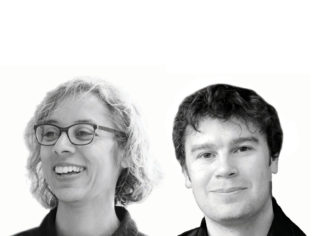 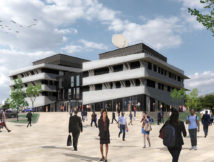 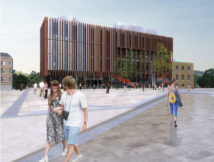