Pierre Wassenaar from the top 10 UK practice speaks to Tom Boddy about how the firm’s social value ethos has sustained since its inception, and has led to it achieving a demanding business standard for inclusivity and sustainability

Since its foundation in 1953 in Bristol, Stride Treglown has grown “exponentially”; it’s now the 10th largest practice in the UK – comprising nine offices and around 330 staff members. Their expertise spans widely across several sectors, categorised into what the firm calls ‘super sectors’: civic, commercial, education, healthcare, infrastructure, residential, and technology and innovation.

Pierre Wassenaar, a director at the practice, describes its structure as “a classic matrix.” All nine offices work collaboratively, bringing work through the different regions and sectors, and resourcing projects as needed depending on where expertise is sitting. While this can become “quite complex,” says Wassenaar, it allows for better communication, creating an integrated, more dynamic organisation. Stride Treglown is also ‘employee-owned’, with 56 per cent of employees owning shares in the company, a number which is “increasing all the time,” says Wassenaar. He adds that this has positively impacted not only job satisfaction, but also job security.

Local impact
Founders Ray Stride and Gerry Treglown established the firm with an ethos of not just being designers, but “deliverers” as well, with a focus on being embedded in the areas they operated in. “It was all about understanding your locality, having strong community links, and this is still really strong in our culture,” says Wassenaar.

This philosophy has continued throughout the practice’s evolution from a single office, and today, he says each studio is “meshed in” with its area’s politics and local initiatives, thereby taking a leading role in the community. Evidence of this is found in a book published by the practice, ‘52 Big Ideas for Bristol.’ One idea contained therein – a taxi service on the River Avon – was actually picked up on by a local resident and turned into a business. “This is an example of where we’ve had real influence where we work; this stuff really interests us. It’s not just a case of ‘here’s a project, we’ll design it for you’.”

Social value
Social value is therefore at the centre of all Stride Treglown’s operations. A Social Task Force ensures the firm’s three guiding policies of ‘Better Places, Empowering People, and Resilient Partnerships’ are incorporated across its offices. The ‘Better Places’ element centres on the creation of “more resilient and low carbon places,” says Pierre. ‘Empowering People’ includes “a lot of outreach, going into schools and universities, taking on placement students, trying to be a good neighbour to the colleges and universities around us.” Finally, ‘Resilient Partnerships’ is around supply chain management, partnering with organisations such as Constructing Excellence and the RIBA, and asking questions such as “are we paying in the right time frames and are we managing ethical procurement in our supply chains?,” adds the architect.

As Stride Treglown is involved with a lot of projects that have a wide range of stakeholders such as higher education and social housing schemes, the community outreach aspect of the briefing process is “very important” to them, says Wassenaar. One of their initiatives, ‘Inhabitant,’ is a demonstration of their commitment to their social value ethos, as well as to showing the extent to which it’s present in their own projects. At least a year after the completion of a project, the practice goes back and interviews the people who use it every day, documenting their experiences in written and visual ways.

“We try to understand their experience, and we learn from them,” says Wassenaar. These insights are shared internally for use on future projects. “We want to have a legacy of projects that are actually bringing something good to the community. That’s why we keep going back and talking to the people who use them.”

Although Wassenaar believes the scope for social value within the industry is “large and growing,” he tells ADF that “now everybody is under pressure to actually demonstrate it, and answer the question “what real benefits is this project bringing to the people?”

Plan B for A-rated standards
At the start of this year, Stride Treglown became a Certified B Corporation – reaching high standards of social responsibility from inclusivity to ethical sourcing. Companies certified by the body behind the initiative, B Corp, have shown the “highest standards of verified performance” across five categories: governance, customers, staff, environment, and community.

They are thought to be the first practice in the AJ100 – and one of only a handful of firms in the UK construction sector – to be part of this growing community of B Corp businesses.

Their journey to reach certification began when Wassenaar heard a programme on Radio 4, where the owner of Pukka Herbs described why their firm had decided to become a B Corp. “He spoke about being a leader in the community, caring about your environmental footprint, and treating your staff well, and I thought ‘this really sounds like us’,” says Wassenaar.

He says the accreditation process was rigorous, “like doing a PhD,” including a 240-question assessment. It took the firm six months to achieve verification, in continual dialogue with the organisation’s officiators.

The process was harder than the firm had anticipated, but worthwhile, he says. “A lot of companies talk about corporate social responsibility or caring about the environment, but don’t always have the evidence to back it up, and B Corp did that for us.” Wassenaar adds: “It’s so wide-ranging and so in-depth; it really exposes how you operate as a company.”

He says all companies should undergo the accreditation process, even if they don’t go for full verification. “It will raise standards across the board, helping firms measure their performance and understand where they need to improve.”

Showcases
One of the key current projects that shows the strengths of the practice, is the recently completed Institute for Advanced Automotive Propulsion System (IAAPS – CGI shown above). The £60m project, funded by the University of Bath, will look into new propulsion systems for cars in a new generation of vehicles. Collaboration played a major role – “we did a joint venture with another architect who had strong experience with car manufacturing facilities; this is something we thoroughly enjoy,” says Wassenaar.

Stride Treglown also recently completed The Deaf Academy in Exmouth, which required the designers to think in “a very different way about how a building actually works.” Although Wassenaar admits it was “a design challenge,” it’s the type of project the practice takes pride in. “You’ve got a legacy of leaving something worthwhile, and in many cases transformational, behind. It’s not just about the pounds and pence.”

Current challenges
In terms of the knock-on effects of Covid for the practice, it’s the volatility in the sectors they work in, rather than the technical difficulties of home working, that has been challenging.

“The healthcare sector is strong, while higher education happens to be quite weak, and this is an inversion of what it was previously,” says Wassenaar. As a result, the ‘new normal’ is continually redeploying staff on different projects as things change, which is “really hard to manage,” he says.

Concerned to ensure staff welfare, the firm did a survey to discover how staff were being affected by lockdown. The results showed “a really mixed bag,” says Wassenaar. There were issues around childcare, and lack of space to work, but not being among colleagues was “really tough, because you often just want to pick up what’s going on. It’s much harder if you’re all in separate spaces.”

Looking ahead, the practice hopes to see more organisations in the built environment following its lead and embracing B Corp certification. “It makes you ask yourself those really quite tough questions. If we’re to make positive steps towards a cleaner and more collaborative future for the industry, then we need to tackle these big issues together.” 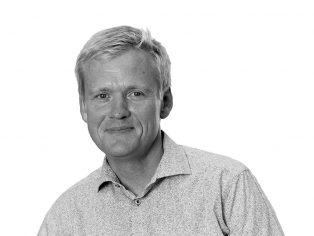 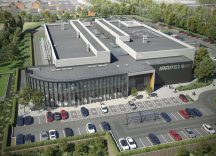