Under the ‘Willowbrook Park’ plans, Resiblock ’22’ has been utilised to seal and stabilise Concrete Block paving that formed the pathway and roadways to a key landscaped area on Mersey Way.

These works further seal Resiblock’s reputation in the Didcot area, following the successful installation of Resiblock ’22’ at the Bloor Homes site of ‘The Greenway’ in 2017. 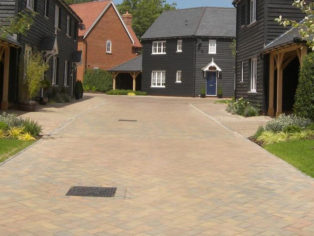