The power to choose

An award-winning Passivhaus Plus in Buckinghamshire is being hailed as a game-changer in terms of showing how smart homes can function as green ‘power stations.’ Sarah Kassam of CIBSE explains the design behind the project

The winner of the residential category at this year’s CIBSE Building Performance Awards was also the UK’s first certified Passivhaus Plus project – meaning it also generates exportable amounts of energy. Designed by bere:architects, Lark Rise is a 175 m2, detached; two-bedroom home situated on the edge of the Chiltern Hills in Buckinghamshire. It incorporates a large (12.4 kW peak) PV solar array combined with a 13.8 kWh battery energy store. Two years of monitoring data show that the home generates twice the energy as it consumes in a year, and that it exports 10 times as much energy as it imports. The scheme’s energy performance is impressive, but what really makes the scheme notable is that it demonstrates the viability of the ‘buildings as a power station’ concept. Perhaps more significant is the fact that this 100 per cent electric house demonstrates that with the incorporation of a battery, smart homes have the potential to enable the UK grid to be fuelled entirely by renewable energy.

First and foremost, Lark Rise is an ultra-low energy contemporary home. The architects orientated the house to face north-west to take advantage of the views, its north-westerly elevation is fully glazed, while the rear of the house is part-buried into the sloping site to minimise its building’s impact. It being a Passivhaus, the architect took a fabric-first approach to the home’s design. This meant a highly insulated outer shell, resulting in a building that is comfortable all year round but which requires only a tiny fraction of the total energy used by a similar sized Building Regulations-compliant home (including for heating). An air source heat pump (ASHP) supplies heat for the underfloor heating and for domestic hot water. The temperature in the house stays at 20-21 °C year round, with summer overheating is kept to a minimum (overheating >25 °C only 2.8 per cent of the time) using night time purge ventilation, high-performance glazing, and exposed thermal mass.

The building’s PV array produces twice the amount of energy over the course of a year as the building will use. The electricity generated is initially used to meet demand from the house. Surplus electricity is then used to charge the 13.8 kWh battery and to boost operation of the ASHP to ensure the domestic hot water tank is fully charged. Only after the battery and hot water tank are fully charged will the system export surplus electricity to the grid – a solution that helps eliminate grid supply spikes from the PVs. The battery ensures that for approximately eight months of the year, the building imports no energy from the grid, while for the four winter months the home imports a small amount of power. If all of the building’s final energy demand were imported from the grid, the associated emissions would be 2,866 kgCO2eq/a (based on the PHPP energy model). The inclusion of the PV array and battery reduces this by 98 per cent, to just 57.32 kgCO2eq/a. The energy supplied by the battery eliminates the critical energy gap that can occur in winter when the home’s power demand is higher than the renewables can supply. By removing stress on the grid at times of peak demand, and by storing energy that can be supplied to the grid to help meet grid demand, the house complements today’s grid but also, importantly, demonstrates the viability of a future grid powered by renewable energy. An electric vehicle charging point is included in the scheme for a future electric vehicle. The controls will ensure that the car’s battery too will be fully charged before electricity is exported. The car’s battery could even be used as an additional energy store for the house and its occupant’s needs, although this scenario has yet to be modelled. 20 years ago, accommodating renewables was not an issue because the UK’s electricity grid was powered primarily by fossil fuels; the National Grid turned generating capacity on and off to meet demand. Last year 29 per cent of the UK’s electricity generation was from renewables, such as wind turbines; it’s a contribution that is growing. The problem for the grid is that renewables cannot be switched on and off, so energy demand needs to mirror energy supply.

By incorporate battery storage and harvesting energy from the grid when it is plentiful, and selling it back to the grid at times of high demand, buildings such as Lark Rise demonstrate how homes could be designed to work with a grid powered entirely by renewable energy. With its 12.4 kW PV array and 13 kWh battery, the house shows that if the concept is scaled up, then new and retrofit buildings like this will significantly reduce national peak energy demand. If peak energy demand can be reduced, then so too is the need for new power stations. As the scheme’s architect Justin Bere explained in the CIBSE Building Performance entry submission document, “The many billions of pounds saved on building, operating, fuelling and eventually decommissioning each power station can instead go into creating and converting more buildings like this, thereby producing more savings in power station expenditure and more low-carbon jobs – a really healthy feedback loop.” The CIBSE Building Performance Awards judges described the scheme as: “A ground breaking development which was used also to understand how building homes to this specification could be adopted more widely to challenge the need to fulfil energy demand through additional grid capacity.”

Sara Kassam is head of sustainability development at CIBSE 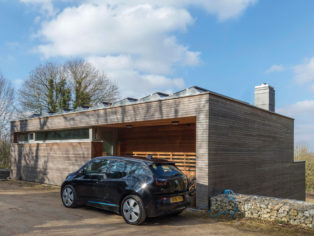 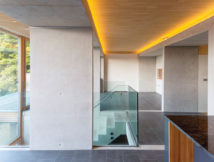 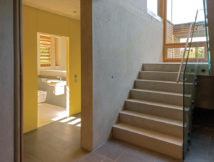