TODD Architects is opening a new a studio in Manchester in response to a growing workload in and around the North West. The new studio is to be headed by Seamus Lennon, a former director of IBI Group’s Manchester office, and will be based within 125 Deansgate in the heart of the city centre.

The opening of the Manchester office coincides with TODD Architects’ recent securing of planning permission for a 132-bed elderly care facility, Beechmere Extra Care in Crewe, replacing the home that was tragically destroyed by fire last year.

The new studio joins the AJ100 architectural practice’s offices in Belfast, Dublin and London from where it has been delivering a diverse portfolio of major schemes, including Ballymore’s residential and mixed-use development at Royal Wharf in East London and the Kings Hall Healthcare Campus in Belfast, set to become the most innovative Health and Wellbeing hub in the UK.

“Business expansion isn’t going to be on the mind of many within the construction industry at present, but given our growing commission base in the North West and the opportunities that we feel still exist in the region, we felt that this was the right time to establish a presence in the city.”

“We can now uniquely offer architectural services right across Great Britain, Northern Ireland and Ireland, providing expert local advice, underpinned by an appreciation of the particular regulatory differences that will emerge in each region post Brexit.”

Heading the Manchester office, Seamus Lennon will be supported by a team of over 80 people from across TODD Architects’ studios. Prior to his appointment by TODD Architects, Seamus spent 12 years at award-winning practices in London before joining IBI Group at their Manchester studio in 2013 where he was responsible for the design and delivery of a wide range of projects including The Glassworks, a £180m town centre regeneration project in Barnsley, South Yorkshire and Outwood Wharf, a 246-apartment scheme in Salford.

“I’m delighted to be joining TODD Architects at this particularly exciting time and the Manchester office is ideally located to serve our current projects in the region, as well as our pipeline of future work. TODD Architects is a practice that I have known and respected for some considerable time; their enviable track record in design and delivery coupled with my experience and knowledge of the North West make for a strong proposition. I look forward to building up a successful office and placing TODD Architects firmly on the map here in Manchester and the North West.” 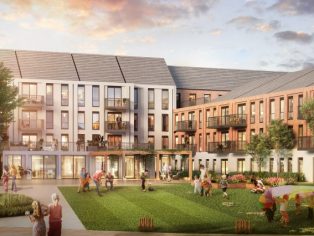 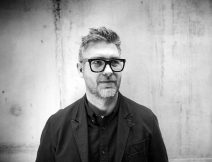