Russell Pedley of Assael Architecture looks at how the humble beginnings of build-to-rent has led to a new design sector and an investor’s dream, but also challenges for project teams from out-of-date standards

The history of build-to-rent (BTR) in the UK – conceived just over a decade ago – has been a story of steady growth. Carried over from the US, the early days of BTR in the UK were about demonstrating how it is different from other residential stock. As more and more successful schemes are delivered, it has become increasingly obvious that there is a genuine renting alternative to private landlords or potentially dodgy old-school agents.

Proving its potential, the last quarter of 2021 saw over £1.4bn worth of deals in the UK build-to-rent sector, pushing year-end investment volumes to a record £4.3bn, according to  Knight Frank research. With a total pipeline at 230,000 units currently, the growth of BTR – across both multi and single-family housing – continues to drive investor interest.

The early days of BTR were about establishing a new asset class that appealed to investors through various initiatives such as the Government’s PRS taskforce to the Urban Land Institute UK Residential Councils’ Build to Rent: a best practice guide, considered by many to be a ‘bible’  for the industry. Now it appears we have transitioned into the era of the amenity arms race.  Investors have come to realise that it is in their interest to invest in those amenities, kick-start a community, and entice residents to stay for the long term. While this can go on to attract developers to build more homes, it’s the regeneration aspects, creating desirable and  professionally managed places to live, work and play, that add value.

The design priorities of BTR are based around creating and fostering a sense of community – this  is usually based on amenities, but the customer service levels, and ease of operations are also  crucial. The ultimate design goal is creating a place to live, where residents feel they are renting  the whole building – not just their apartment – and that their building is connected with the local  community.

The architects’ role in the evolution of BTR has been to craft an ideal design standard and  approach that brings together quality and flexibility. This encompasses health and wellbeing,  safety, acoustics, lighting and beautiful architecture – sometimes competing components which, if substandard or poorly maintained, can mean that residents will simply leave. As amenities will be managed by the onsite operations team, the architect should also design for future maintenance and refurbishment, to keep areas looking unspoilt, and enable staff to offer a high level of service.

Other forms of rental accommodation such as co-living have also seen a rise in popularity in the  past few years, with multi-family investors like Greystar investing in their urban living concept.  There is also a notable interest in creating purpose-built later-living communities as a rental offer  to try and combat the significant undersupply of this type of housing. As different BTR styles (co

living, later living, single-family housing) come together, they bring with them more and better  amenities, and further expand the bandwidth of BTR.

As we explore further opportunities for BTR in inner-city and suburban areas, the design  conundrum appears to be planning legislation, which is lagging behind. Current housing  standards around home design were established in the 70s, 80s and 90s to ensure that  affordable housing was built to a good standard, and this has migrated to market sale housing.  They do not recognise tenure and mobility, or the ways people live ergonomically, with less ‘stuff,’  and wanting to live more sustainably. They are also largely still focused on car ownership and don’t consider walkability or cycling, especially relevant to BTR single-family housing.

Government guidance on BTR is clear in that this sector requires a flexible interpretation of these standards, but on the design ‘coal face,’ while there are signs of movement, there is still more to do.

With the sector now drawing in the likes of Lloyds Banking Group and John Lewis Partnership,  there is an opportunity to solve the housing crisis without relying on housebuilders and housing  associations. The big players have finally figured out that housing has always outperformed every other sector, and its resilience means it’s fit for purpose for current, but also future markets. BTR played a huge role in lifting the United States out of their housing crisis, and we’re hoping to follow that lead and see the same happen in the UK. 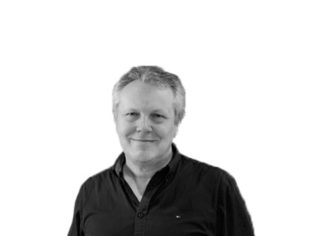 Blackhorse Mills, a build-to-rent scheme in London by Assael Architecture