BDP announces the appointment of Nick Fairham as its new chief executive.

Current chief executive, John McManus who has been in the post since January 2014, made the decision to step down in preparation for retirement later this year.

Based in Bristol, Nick Fairham will begin his tenure as chief executive on 1st July 2021.  He studied at the Bartlett School of Architecture and joined BDP in 2006.  He is currently responsible for leading the Bristol, Cardiff and MENA studios and has led design teams on major commissions both in the UK and internationally.

“As BDP prepares to celebrate its 60th anniversary, it is a truly exciting time to take up the role of chief executive.”

“Our practice was founded on the principles of achieving more through collaboration and innovation.  This ethos has created a culture of creative thinking where the ideas and insights from over 1300 talented people enables us to uniquely respond to the ever-changing needs of our clients and the communities we serve.”

“Our plans for the future will bring our unique blend of design excellence, multi-disciplinary skills and sector expertise closer to our clients through our global network of studios.  We will continue to focus on the values of human-centric design and through the use of research and technology will be evidence-based in our sustainable, award-winning design approach.”

Under the leadership of John McManus, BDP has become a major international design practice doubling in size with turnover increasing from £67.7m in October 2013 to £131.3m by June 2020.  He oversaw the transaction in March 2016, when BDP combined forces with Japan’s leading engineering practice Nippon Koei and was instrumental in establishing a strong base of 200 staff in North America.

“After 36 years in BDP, I have decided to retire from the practice at the end of this year. I was first elected by the Board in October 2013 and it has been both an honour and a privilege to represent this very special firm as chief executive.”

“I can say unequivocally that the last eight years have been the most rewarding of my career.”

“I am delighted to pass the baton to Nick. I wish him every success and I am confident that he has the vision, energy and passion to take the practice to new levels of achievement in an increasingly global marketplace. I will work alongside Nick over the coming months to ensure that we achieve a smooth and effective transition.” 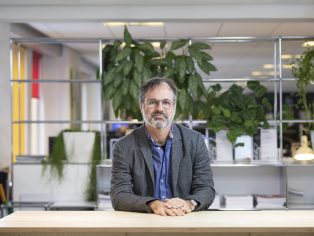