Efficiency and safety, in synergy

Kevin Belben of water management specialists Cistermiser and Keraflo discusses the evolution of water temperature monitoring systems, and how the Internet of Things can offer the healthcare sector efficiency savings as well as patient safety benefits

A tax-funded NHS is dependent on a well-performing UK economy, so it’s inevitable that over the last seven decades funding to support our celebrated NHS has followed the ups and downs of wider economic cycles. Given the huge pressures on NHS providers, it is not surprising that the reported funding deficit last year was £960m, and the gap is widening between what the UK is asking the NHS to do, and what we’re funding it do.

With 44 per cent of trusts overspending on their budgets, the pressure on the NHS to cut waste and increase efficiency is only going to increase. Research supported by The King’s Fund and the Nuffield Trust meanwhile found that although technology has the potential to deliver significant savings for the NHS, the service doesn’t have a strong track record in implementing it at scale, and needs to get better at assessing the benefits and feasibility of implementing new technology. With the increasing demands on funding, trusts now have to seriously confront these challenges. Water management in hospitals is one area where technology is coming to the fore, and for good reason. One of the key weapons against diseases such as legionellosis is water temperature control.

The bacteria will proliferate between 20°C and 45°C, so keeping the temperature out of this danger zone is essential (with the mantra being ‘keep your hot water hot and your cold water cold’). Essential, but not easy, especially in large and complex environments like hospitals. Existing water temperature monitoring solutions usually consist of manual checks, which are time-consuming and involve wasteful water-flushing. No one likes to think about the worst-case scenario, but there’s a reason it’s so important to track water temperature consistently in a hospital setting.

In 2013, Basildon hospital was fined £350,000 after two patients died in an outbreak of Legionnaire’s disease. During the case, it was revealed that the hospital had been battling the disease for up to 15 years, spending substantial amounts of money each year on maintenance of water management systems. The hearing found that the showerhead and thermostatic valves had not been properly cleaned after the cleaning budget had been cut.

Attempts had been made to control water temperatures with super-heated pipes. The problem that can then occur is that pipes can inadvertently warm adjacent cold water supplies, allowing the cold water to slip into the dangerous temperature range. While it’s essential that we learn lessons from episodes such as this, the key issue to flag is that if there is a shortage of accurate data – it is almost impossible to identify that water temperatures are out of range across a large-scale hospital site, which may have thousands of water system outlets to monitor.

Utilising the Internet of Things (IoT) to manage the water temperature in hospitals can be an effective weapon in the battle against water-borne bacteria such as Legionella and Pseudomonas aeruginosa. It’s not only safer, but shows a clear return on investment, while ensuring compliance with the legislative drivers HSE Approved Code of Practice L8 and HSG274. In any building with complex water systems and multiple washrooms the potential for harnessing IoT is huge. Devices can be installed to monitor the use of water at sentinel points throughout the entire building, flag up any issues should something go wrong, and report this information back to a central database that logs every reading which are date-stamped to provide a complete audit trail.

The next generation of water management

IoT monitoring is a completely new way of thinking for the healthcare sector, so it won’t become universally adopted overnight. However, we can be sure that the combination of striving for efficiencies and keeping people safe in increasingly busy hospitals will mean it won’t be long before it is adopted mainstream. With their vital function in the conception, design and improvement of healthcare buildings and communities, architects need to be armed with the facts about the next generation of water management. 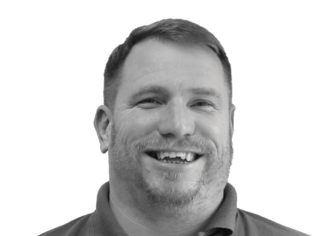 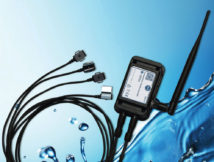