Deciding between a green roof and photovoltaics (PV) has been a question faced by many industry professionals over recent years when designing a flat roof; however these two technologies are no longer mutually exclusive options with the introduction of biosolar roofs. By Tom Raftery, BauderSOLAR product manager

A biosolar roof is the successful combination of biodiverse and extensive green roofs with photovoltaic systems, delivering a duality of technologies for environmental advantage and increased profitability for building owners.

What are the benefits?

Biosolar roofs deliver all the benefits of green roofs and solar power in a synergy of technologies that maximises PV output and the footprint for the green roof:

What are the applications?

Although designed primarily for new build applications where this synergy of solutions is often required to meet planning and BREEAM requirements; a biosolar roof system can also be retrofitted on many existing roofs without the need for any structural modification to the building. The construction industry has long been calling for rooftop solutions that include a duality of technologies for environmental advantage, and a biosolar roof delivers just that providing reciprocal benefits from the PV module and green roof components.

Biosolar systems typically use the substrate and vegetation to provide the ballasted installation mechanism, removing the need to penetrate the waterproofing to secure the mounting units to the roof and simultaneously making the most of the available area for vegetation, enabling the entire roof to qualify as a biodiverse green roof. The front edge of the PV panels above the finished green roof level, allow light and moisture to reach beneath the panels whilst ensuring the mature vegetation does not shade the panels and can be easily maintained. The mixture of sunny, shaded and sheltered areas give a matrix of different habitats that allow a broader range of plant species to thrive, and a rich foraging environment for pollinating insects.

A biosolar roof solution also delivers advantages to the building, as the cooling effect of the vegetation and water held within the green roof system preserves the ambient temperature around the PV array, which in turn can increase the solar efficiency (studies in Germany have shown that solar panels work best with a temperature of around 24°C).

What are the challenges?

The integration of PV and green roof technologies requires skill and expert understanding and there are already many examples of where biosolar roofs have been poorly designed and installed.

Designs that do not perform optimally for both technologies are often as a result of people assuming that the solar panels require more technical input then the green roof. Getting the green roof element wrong can mean the vegetation is forced to grow around the panels, which results in shadowing and therefore reduced energy generation. For many PV systems shadowing on one panel can subsequently have a detrimental impact on the overall performance of the entire string of modules.

Switzerland, Germany and various other European countries have already proven that when planned, designed and installed well, solar and green roofs can improve the performance of both elements. There are many local authorities in the UK requesting that new developments seek to, where suitable, incorporate PV and green roofs into their designs, however not many are yet calling for biosolar technology, which is something that must change for this combined system to truly take off and become commonplace.

Back in September, London’s Deputy Mayor for Environment and Energy, Matthew Pencharz opened the inaugural ‘European Biosolar Roof Conference’ at London City Hall. The event featured many expert speakers from across Europe, who are already successfully delivering biosolar technology, which gave architects, landscape architects, developers and suppliers invaluable insight on how to effectively implement and manage a biosolar roof project.

The European Biosolar Roof training programme was also launched at the event and will be delivered across Europe to support the delivery of biodiverse, energy resilient and climate adapted cities. The primary objective of the conference was to ensure that green roofs and solar roofs are no longer considered as an either-or option, but delivered together in perfect harmony; and if the initial feedback from the event is anything to go by, biosolar roofs look set to become an integral part of future building construction in major cities throughout the UK very soon. 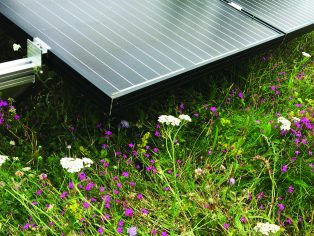 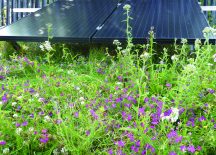